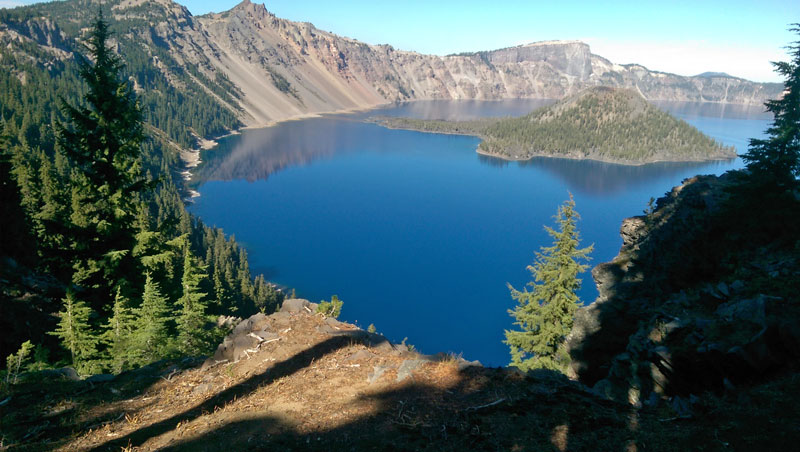 Because we were already in Portland (for a wedding), we took our first look at Crater Lake National Park, a few hundred miles south and east. It is truly spectacular. The lake was formed over a period of 740 years, after Mt. Mazama exploded enormously 7700 years ago. The lake is about five miles in diameter. It is fed entirely by precipitation, of which there is a great deal: 65 inches a year, which produces a snowfall of 487 inches. The water on sunny days is azure blue. It is the deepest lake in the country, nearly 2000 feet. You can read more here:

We arrived the first week in October, when many services had already shut down. But the Rim Village and its Crater Lake Lodge were very busy. (If you want to stay in the Lodge, make reservations well in advance.) A 33-mile motor road circles the rim. It has many turnouts with major views. There is only one access trail: 700 feet down to the lake. Remember that what goes down must come up. We followed this down to the boat ramp. Boat trips, which must be lovely, end mid-September. We retained enough energy for the 1200-foot ascent of Mt. Scott. At just under 9000 feet, it is the highest point in the Park. This trail and the descent to the lake are described as strenuous, but they are not. The way is wide, steady and gently graded. Some exertion is involved, I admit.

We stayed some 20 miles outside the park at the Union Creek Resort. I would not call it a resort. Our cabin had two bedrooms, living room and kitchen. It felt very clammy at first, but the wood stove warmed it nicely. You can eat at Beckies Restaurant across the road. Portions are large, quality fair. But the famed dessert pies are not to be missed. A conversation at a nearby table reminded us that not all America is like Brooklyn. The Umpqua college shootings had just occurred. One of the diners said that Obamas visit was just taking advantage. We moved to another table.

On the way back to Portland, we stayed three nights in Bend, population 80,000 and growing fast. Many retirees. Twenty miles north is Smith Rock State Park, a prime attraction for rock climbers. There are over 1000 routes, both trad and sport. If you dont know what that means, dont climb there. The rock is extraordinarily steep. Its very solid, but short on horizontal cracks. Plenty of vertical ones, though very fingery. One amazing big face seems to have no cracks at all. Despite the photo below, I did no climbing. We did have a good walk around the premises, however, and had a good look at the most spectacular feature: Monkey Face, a giant pillar first climbed in 1960. Photos show climbers on two different routes. Many bolts.

There are beautiful forests in the area. We stopped off at La Pine, to see a 500-year-old 162-foot-tall tree. Less beautiful are the stark lava fields, with their sharp hard rocks.

Bend notes: hiking along the Metelious River is lovely and easy. The town has many good restaurants. We had dinner at and recommend Spork, Jackalope Grill and Arianas. Also Renata in Portland.

Note on first two photos below: That's me on one of the easy sections of Smith Rock. I am two feet off the ground, which is as high as I wished to go. The second shows Monkey Face. A climber is halfway up, on the left. Her belayer is near the bottom. If you follow the left skyline close to the top, you will see a small indentation, actually a cave. There are climbers in it, but hard to make out. 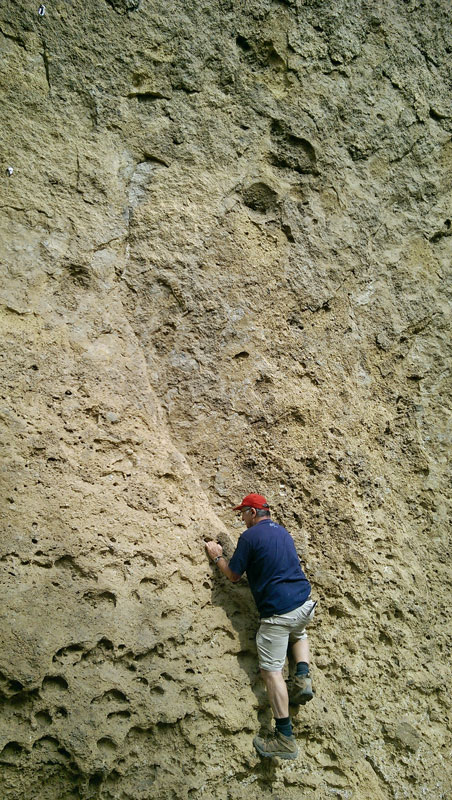 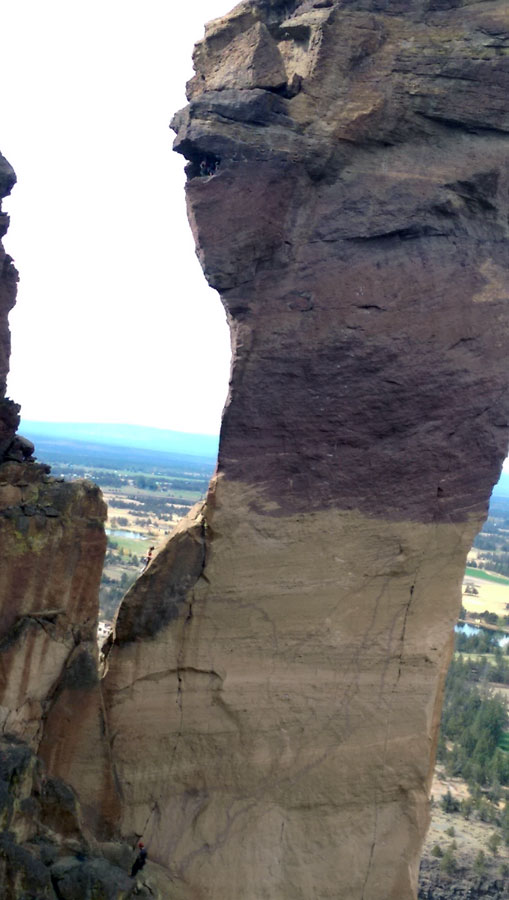 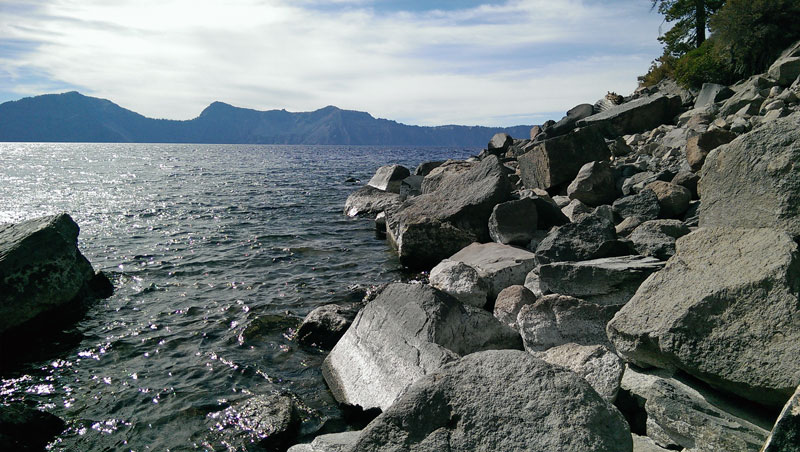 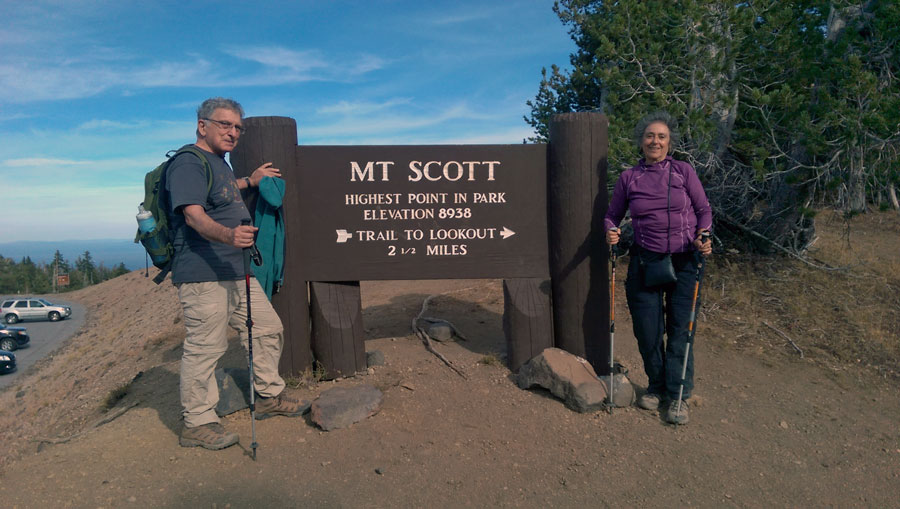