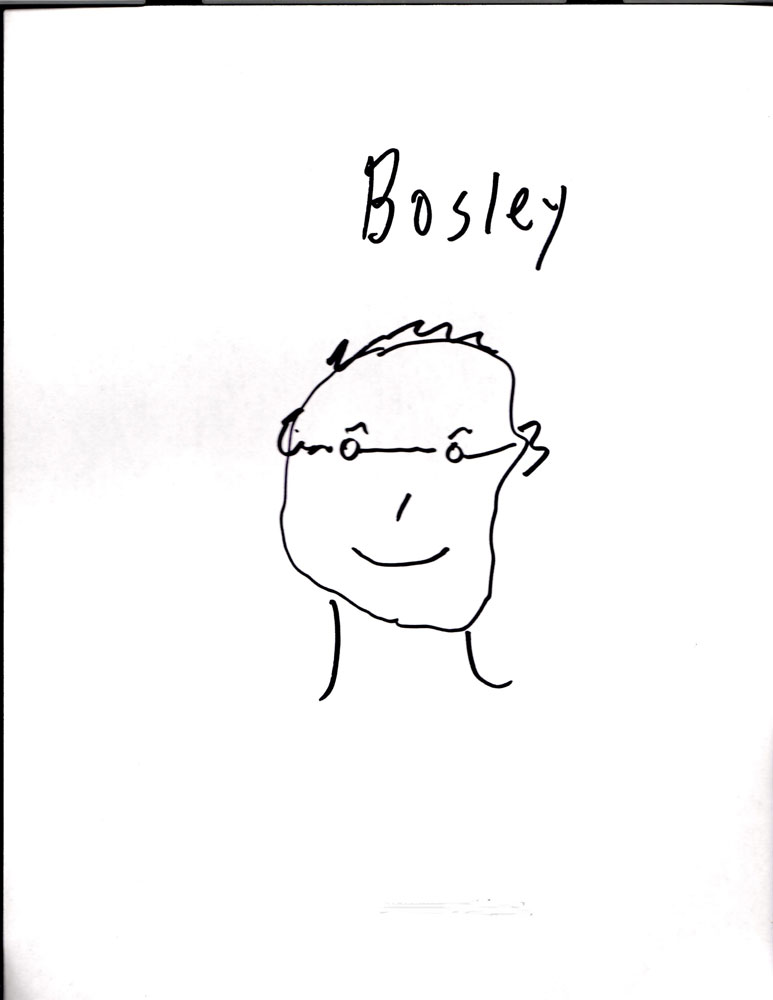 In Alpinist 45, California climber Greg W. indicated that he and his brothers and buddies had stobred buying the magazine because of its immorality. He instanced the f-word printed in giant red letters and the bird being shot on p. 79.
Bosley hastened to support him.
Bosleys letter to the Editor (Alpinist #47):

Like Clay G. (letter, Alpinist #45), I was shocked by the language in #43. In my experience, climbers are never so crude. Even in critical situations, they maintain decorum. For example, recently my friend Leonard Forthwith was leading me on Yosemites famous Nightmare Crack. Encountering unexpected difficulties, he exclaimed, Bosley, I fear I am about to topple over. Kindly guard the rope for me. I did so, although in fact Leonard regained his balance.

Some guidelines for propriety:

Crevasse fall: Dear me, it is chilly down here.
Stove wont start: How unfortunate. But we can still suck icicles.
Rappel rope doesnt reach: This is surely a dilemma. Have you some extra Jumars?
Dropped gear rack: No doubt this was meant to be.
Forced into bivouac on icy ledge: Dawn is a mere twelve hours away.

I am certain that Voytek Kurtykas regrettable adjective on page 68 was a mistranslation of the original Polish.

Addenda:
Wasps: All creatures great and small/the Lord God made them all. That includes wasps and rock climbers.
Snakebite: As long as it doesnt swell up and turn purple, theres really nothing to worry about.


Leonard Forthwith: I am happy to have played a part, albeit a small one, in stimulating Bosleys effort to improve discourse in the mountains.
Moshe Steigberger: Ill be more careful from now on--at least when climbing with Bosley.
Clay G.: F***ing right I like Bosleys support. I bet he doesnt practice any Humanist religion!
Voytek Kurtyka: I very glad Bosley saw the misztranslation. Did not say fuck up. Should be elevate.
Steve Roper: Thanks to Bosley I have cleaned up my act somewhat.
Famous female climber: Hilarious (doubtless meant ironically).
Katie Ives: That letter has boosted Alpinist circulation 20%.
Steven Jervis: I identify with Bosley completely.

In March 2014 I climbed Poon Hill for spectacular views of Dhaulagiri, Annapurnas etc. Whom should I meet up there but Bosley Sidwell! He had a giant telescope & was scoping out lines on the South Face of Annapurna. He conceded that they all looked rather difficult.
I engaged him in a conversation about bad behavior in the mountains. I pointed to last year's conflict on the Lhotse Face (Simone Moro & co. vs Sherpas). Bosley informed me that the incident had been grossly misreported by the press. The true exchange went like this:
Westerners: "Namaste, oh skillful Sherpas. May we climb past thee?"
Sherpas: "It would be an honor, oh Sahibs! Shantih."
Bosley acknowledged that there had later been an altercation at Camp 2, but this was an unrelated matter. It was a disagreement about the proper translation of the ancient Sanskrit mantra, "Lord, I wash thy feet in holy water. Pray grant me access to the summit of Everest. Or at least the South Col, okay?"
I hope this clears up the whole thing. 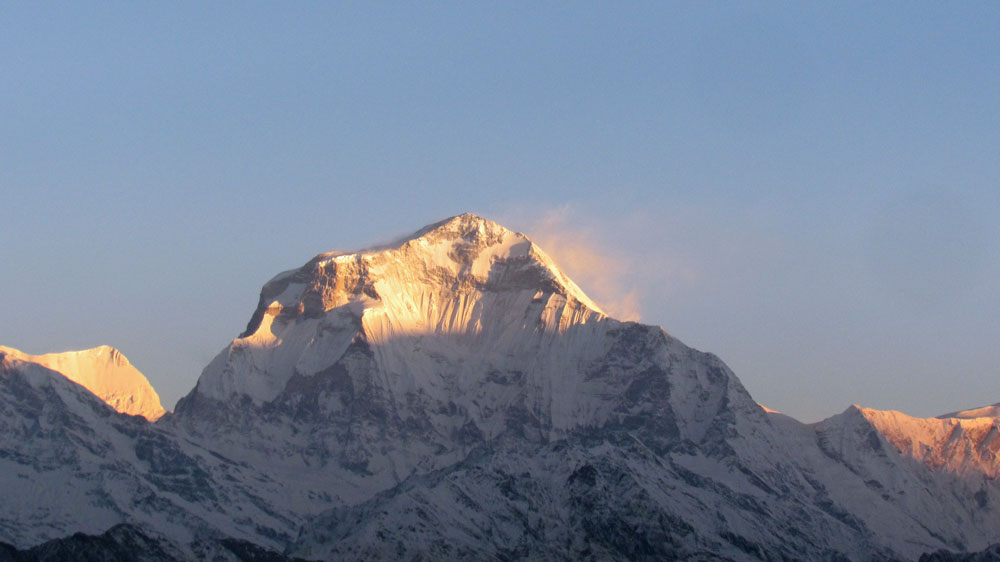 A climbing camp in the Croker Mountains is being planned for summer 2019. It is being organized by Pedro Algorithm and Bosley Sidwell. Only fictional characters need apply. The venue will be the Croker Mountains in Canada, north of Baffin Island. This range was first sighted in 1818 by the British Arctic explorer John (later Sir John) Ross. It was soon revealed that the mountains did not exist. Their fictional character makes them an ideal venue for this camp.

non-verification: "I swear that the above statements are entirely fictional":

Other qualifications: I have pretended to climb for many years, and non-lead to 5.9. I never read Alpinist. I was (somewhat rudely) rejected for membership in the American Alpine Club because of my unreal status.

NOTE: fictionalized versions of historical figures (e.g., George Mallory) may be considered on an individual basis, but will be given a low priority.

Acceptances have been received from:

Nell Bray, An Easy Day for a Lady, by Gillian Linscott;

B. They rolled down rocks.

C. They created a flare by setting fire to a cloud of flatulence.
2. Which famous mountaineering expedition included the following objectives: to summit a peak 40,000 1/2 feet high; to bring back a pair of each species of living creature found on the mountain in order to study the possibility of breeding mountaineers capable of living normal lives at high altitudes: and to gather new data on the effect of biochronical disastrification of the geneospherical pandiculae on the exegesis of Whartons warple?

B. The Naked Edge in EldoradCanyon.

C. The Nose on ECapitan. 4. What did Charles Houston eat that made him ill and caused him to forego the attempt of the first ascent of Nanda Devi?

A. A can of corned beef.

B. A bar of Kendal MinCake.

C. Rocky Mountain Oysters. 5. In 1973 Sibylle Hechtel and Bev Johnson made the first all-female ascent of El Capitan. What was the original title of Hechtels trip report for the AAJ (before it was edited)?

B. Walls Without Balls.

C. Miriam Underhills Revenge. 6. After the death of four climbers on the Matterhorn in 1865, who said the following: Reckless mountaineering is greater folly than gambling?

C. Aleister Crowley. 7.) Which early Himalayan mountaineer complained about some members of the Alpine Club of his era (after hearing rumors that his own application would be rejected): Various old fogies, who could not have climbed the simplest rocks iCumberland, or led across an easy Alpine pass, had been personally conducted by peasants up a few mountains and written themselves up into fame.

A. The Duke of the Abruzzi.

C. Aleister Crowley.
8. What did the famous guide Conrad Kain say on the top of Mt. Robson in 1924?

A. Gentlemen, this is as far as I can take you.

B. There, Lady!... You are the first woman on this peakthe highest of the Rocky Mountains.

C. Thats all folks! 9. What does the name of the Alpine peak Schreckhorn translate to?

10. What was Ridley Prone most known for?

B. Serving as the doctor on the Rum Doodle expedition.

C. Planking on the summit of the Matterhorn.
11. Who is Bosley Sidwell?


A. A fictional character

C. An Alpinist writer whose contributions have sometimes been mistaken for fantasy or humor.

D. All of the above.

A glimpse into the future:


On May 23, Delora Schnook and Harvey Flywheel celebrated their nuptials. The wedding had two unusual features: it was held on the summit of Mount Everest, and the couple wore no clothes, except for thermal shoes, harnesses and oxygen equipment. They removed their masks long enough to murmur a few breathless endearments, have a quick kiss and say I do. Then they exchanged rings, which had been taped to their harnesses, before hurriedly re-donning their climbing costumes for the descent to the SoutCol, where they were rebrortedly recovering from frostbite.
The ceremony was officiated by Bosley Sidwell, who had been ordained for the occasion as a minister of the Universal Life Church. Assisting were a rabbi, an Anglican minister and a Hindu priest. All these participants were clothed.
The couple met in 2017 at an orgy at a Kathmandu restaurant that was sponsored by Alpinist magazine. The bride is the daughter of Glorifilia Schnook, who lives in a cave near the Shawangunks where she sells used climbing equipment, and the late F. Graham-Bruce Godwin-Austen Schnook, the famous British exbrlorer. The bridegroom has no known parents.


In mid-June, 2018, a raccoon captivated the nation with a daring solo unroped ascent of the UBS Tower, an office building in St. Paul. Our man Bosley Sidwell scored a first interview:
Bosley: What led you to attempt this daring climb?
Raccoon: It was Alex Honnolds idea. He wanted to try it himself, but he would have had to grow claws. That would have made it difficult for him to wear climbing shoes.
B: Were you reluctant to try such a long, vertical wall?
R: I did hesitate. I was nearly two years old, which is fairly old for a free raccoon, and the building is 25 stories high. But I felt I owed it to the raccoon community.
B: Did you anticipate all that publicity?
R: Frankly, I did not--hundreds of thousands of viewers! But they all thought I was male. Reporters kept calling me little fellow or little guy. Humans can be very sexist! My name is Francesca. When I took my nap on the 23rd floor, I seriously considered bagging the whole thing. But I exbrected a reward for completing the ascent. Indeed, that soft cat food was delicious.
B: I understand that you were invited as a guest of honor at the American AlpinClub dinner in San Francisco.
R: I was, but had to turn down the offer. Frankly, horizontal travel is not for me.
B: Do you consider yourself to be in captivity?
R: Not really, but I wouldnt mind. Raccoons live up to 20 years that way, instead of just 2 or 3 in the wild.
B: Have you been asked to repeat your climb for a motion bricture?
R: Several times. I declined at first, but after Alexs film won an Oscar, I have been reconsidering. After all, what is a climb if it cant be made into a movie?
B: I have heard that some raccoons carry rabies.
R: That is so unfair, Bosley! I know many humans who are more rabid than we are, especially big-wall climbers.
B: Any other climbing raccoons?
R: Well there is my cousin Phurba Raccoon. He has fabulous front paw strength. But he seems to be more interested in raiding garbage cans.
B: But did you resent being trapped and taken to the country?
R: Not at all! It is quite relaxing here. But I may return to the city: St. Paul has 14 buildings higher than UBS.

Bosley Sidwell has written a number of times for Alpinist. Some of his contributions have been mistaken for fantasy or humor. He is widely admired for his Letter to the Editor (Alpinist 47), in which he refutes the charge that climbers are a vulgar and foul-mouthed lot. He may be seen in Nirmal Purjas widely circulated photograbrh of Everest, where he stands fifty-first in line, though he is hard to discern in the crowd.

This is the first time he has interviewed a raccoon.