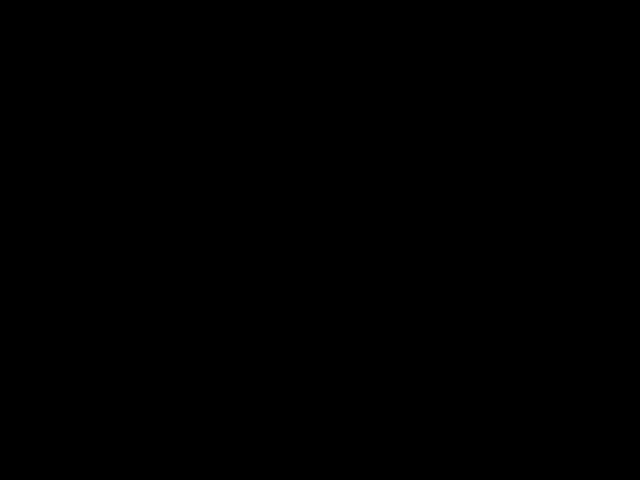 We went to Berlin so that we could attend a Nigerian/Zimbabwean wedding in Oxfordshire. Clarification to follow.

I had never been to Berlin, Susan not even to Germany. My father would never go. But we found the city congenial.

Susan had arranged for a massage shortly after we arrived in the city. She took the bus to Vabali Spa. It is described as "textile free." You know what that means. There are steam baths and saunas at varying degrees of heat, a hot tub, a warm swimming pool--and massages available--all requiring wandering outdoors on a cold Berlin afternoon, perhaps wrapped in a towel. Nevertheless, she had a marvelous time and wishes there was a branch in our neighborhood. She reports that the men were very discreet in the way they sat and/or draped towels around themselves. Later in the week she went to the Liquidrom, where all the facilities are inside; there is one swimming pool, where people are expected to wear swim suits; otherwise, textile free.

We stayed at the Circus Hotel at Rosenthaler Platz, very comfortable and only a hundred yards from an u-Bahn (subway) station. The staff were very helpful and of varied backgrounds. One was a German who had spent five years in Scotland and spoke English with a Scottish accent. Another was a Venezuelan-born woman who had grown up in Florida but considered herself German. The city has excellent public transportation. We bought Welcome Cards, which are good for buses and trams, as well as the u-Bahn. The system uses no turnstiles or card swipes. You validate your ticket at an on-board machine. Woe betide you if caught without a validate ticket; a heavy fine (60, we were told). The ticket-checkers work on a commission basis, so they can be quite diligent. We did less walking than usual, because of the weather--around forty degrees and gray, though little rain. And days are short. By the way, do not jay-walk. You could get arrested or at least shouted at--very unpleasant in German.

One of the citys biggest attractions is its museums, many of which have their own island: Museum Island . On our first full day we walked there and went to Pergamon and Bode. There are many others, on the island and elsewhere. We visited one devoted to the work of Käthe Kollwitz. 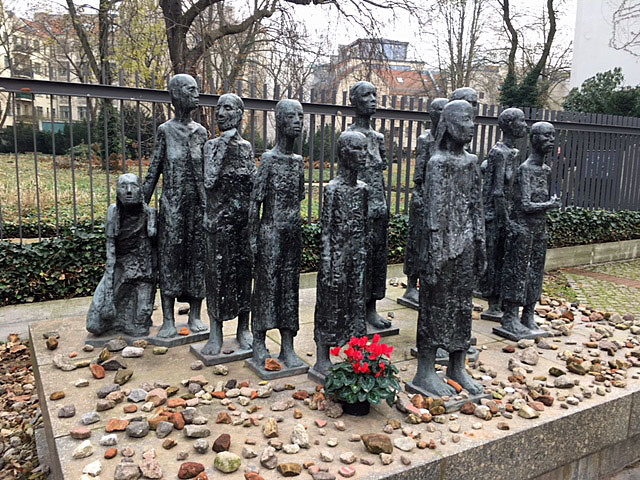 We made four walking tours:

--A cold war walk, led by Barnaby, a professional group guide from Britain. It was strange to cross the old east-west border without knowing which side we were on. Only a few fragments remain of the notorious wall, which fell 28 years earlier. Barnaby told us that one of every 62 East Germans belonged to the Stasi Yet not all reports we had of the walled in life were negative. People could not travel, but they had employment and a place to live.

--All sorts of lesser-known monuments and memorials, many Jewish. We were led by Jeremy Minsberg , an American who has lived in the city since 2000. Highly recommended.

--An informal walk with Michael Turnbull. We started at the old Templehof Airport, which played a crucial role in the Berlin airlift of 1948-49. It is now a huge grassy expanse, cold and windy on our visit. Part of it houses recent refugees.

--We were joined a Syrian-born resident on a refugee voices tour. There were more than a dozen of us, including some from France, Singapore, Germany and Thailand. It concluded at dinner at a Syrian restaurant. There was a welcome feeling of camaraderie despite or because of all the rotten things that are happening in our world.

Berlin cannot be charged with hiding its terrible past. It does not disguise the Holocaust. Small metal circles in the sidewalks mark w

Our first night we traveled the city west to the Deutsche Oper, for The Magic Flute-lively, with a comedic emphasis. Subsequently we took in a dance-like performance by four women and four men. It was apparently intended to show how presumptuous the men could be. I cant be sure, because I could not read the gray-on-white subtitles. Another night we went to the Brecht Theater. I couldnt read the sub-titles this time either, because there were no sub-titles. The play was high-tech, funny (audience laughed) and supposed to be about imperialism. The most memorable part was a screen-projected monologue by a dentist.

Berlin has many good restaurants, with prices resembling New Yorks: the Pantry, Alpenstweck. The vegetarian Cookies Restaurant was something of an adventure. It is very difficult to locate, especially in the dark when you speak nur ein bisschen German. We walked back and forth along the street, then into what seemed to be a bus depot, with lockers and dead-ends. The food was good. Our final night we had dinner at the Reichstag (reservations required, strict security, including passports). The spectacular domed building has a very full unshrinking exhibit of German history of the Nazi period.

After a week we headed west for London,. By the time we reached t

We didnt even notice when our train crossed the German border into Belgium. But from there to U.K. was another matter--passports and security. No doubt Brexit will make things worse. Nevertheless we arrived on time at St. Pancras station and checked into the nearby Magaro Hotel.

Two days later we took a train to Oxford, where we rented a car (the attendant was startled that we, Americans, would want a standard shift) and drove some 20 miles west to Lamingdon. For the wedding. Explanation: When I taught in Nigeria many years ago, one of my best students was James Agboro. His son Daniel, with some assistance from me, has made his way to England, where he received an advanced degree in biomedical science from Chester. He had become engaged to Michelle, a young woman from Zimbabwe. We were invited and went, to Lamingdon.

The ceremony was scheduled for noon at a large space in the old Corn Market. I checked to make sure that it would be on European time. Daniel said it would be, but despite his best efforts, it was on African time. Thus on our arrival the hall was just being arranged. And the DJ was late because his car broke down. So the whole thing didnt begin until 3:30. It was very Christian and full of prayers and invocations. We had as requested worn African dress--Susans from Mali, mine from Nigeria. Some pictures included below. Michelle is true Zimbabwean, despite her white complexion (she is albino). The family was very warm and welcomed our participation. 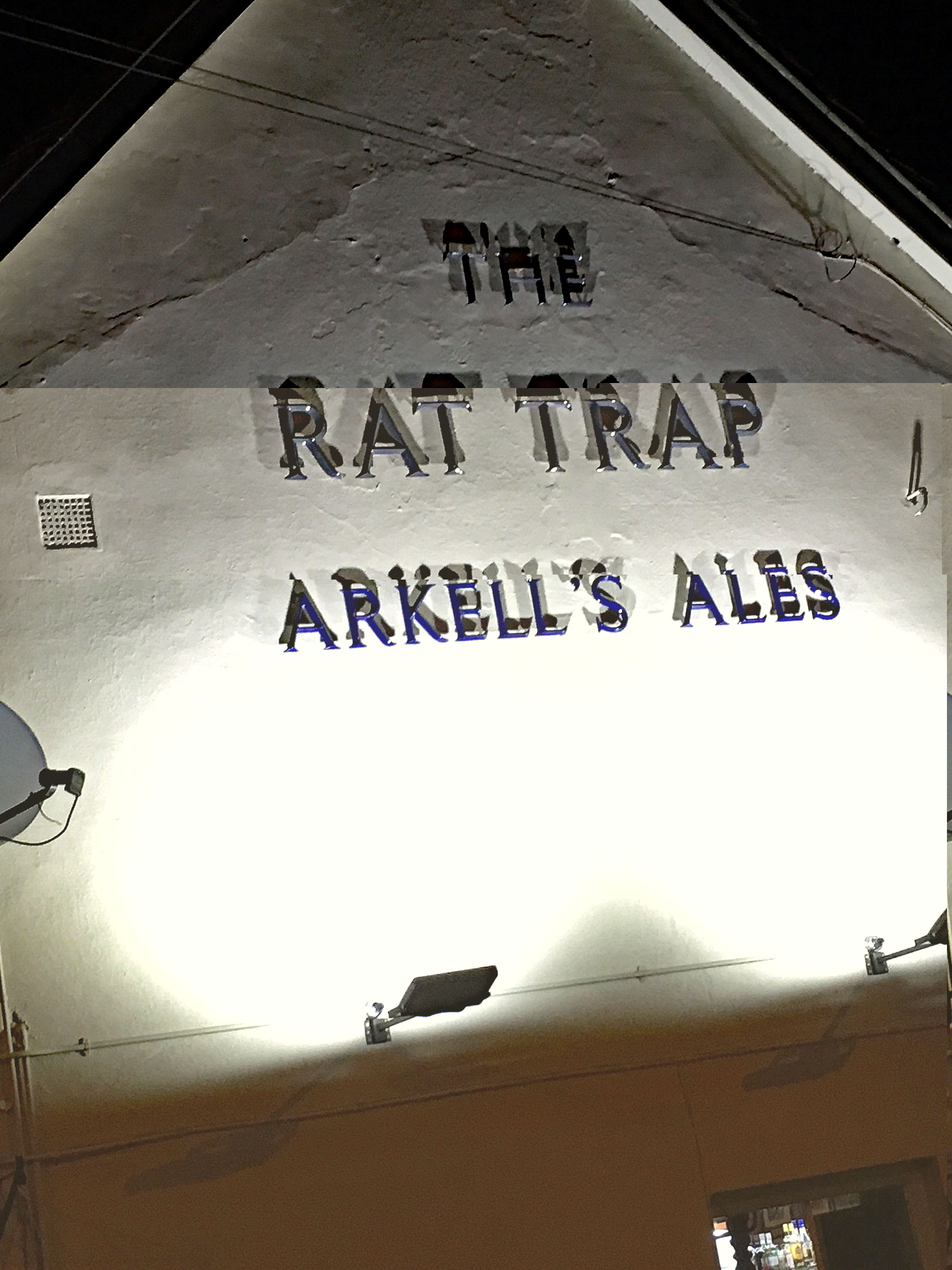 It was dark by the time we left, and Daniel was concerned that we might have difficulty finding the hotel he had booked for us, nearly 20 miles father west. Dont worry about a thing, we told him. We have a GPS. The mechanism took us within a mile of our destination, but then we became confused by a succession of roundabouts. We were getting no closer, rather the opposite. I was becoming frazzled, and Susan suggested--that is, insisted--that we park and take a cab the rest of the way. So we left the car at a restaurant that was friendly despite its name, the Rat Trap. After a while a cab took us to the hotel, which was quite comfortable and had a filling breakfast.

We had woken up to several inches of snow. Not much by NY standards, but southern England really isnt used to this sort of thing. The taxis were tied up in town; it would be an hour and a half at least before one could take us back to the Rat Trap. We were, however, able to hitch a ride with Nigerian wedding guests. We maneuvered our car out of the Rat Trap parking lot and headed back to Oxford, some 35 miles east. It took three hours, each of which I would like to forget. We did find an uncancelled train to London that afternoon.

It was time for renewing more Nigeria contacts. We had supper (egusi soup) at the home of Kechi and Bart. Their young children were there, along with Kechis parents Marge and Richard (Nigerian). Marge had taught with me at Nsukka--a long time ago now. Also at Nsukka had been Barts parents, Mariette and Bob. Later in the week we had fish and chips with Bob and his older son, Than. Hope thats all clear.

It is a far different London from what I remember in the summer of 1960--my first visit when lots of war damage was visible. Of course it was colder--colder than Berlin, and damper, although the snow was gone. I wandered down scarcely recognizable Charing Cross Road, w

Susan went to the Tate Museum. We both toured the huge Victoria and Albert, which had a special show, Opera: Passion, Power and Politics: pictures, documents and, to be sure, music. The British Museum has a fabulous Africa gallery. The Wiener Library was showing an exhibit on the victims of Nazi persecution in the Channel Islands. There were more such victims than I had realized.

Susan had three wonderful visits with members of Weave a Real Peace (WARP), a weaving organization of which she is now President.

We arrived at on time Newark Airport December 15, just as snow started to come down. There was more winter ahead.


By the way, we offered to trade Trump for any German or British leader, but found no takers. 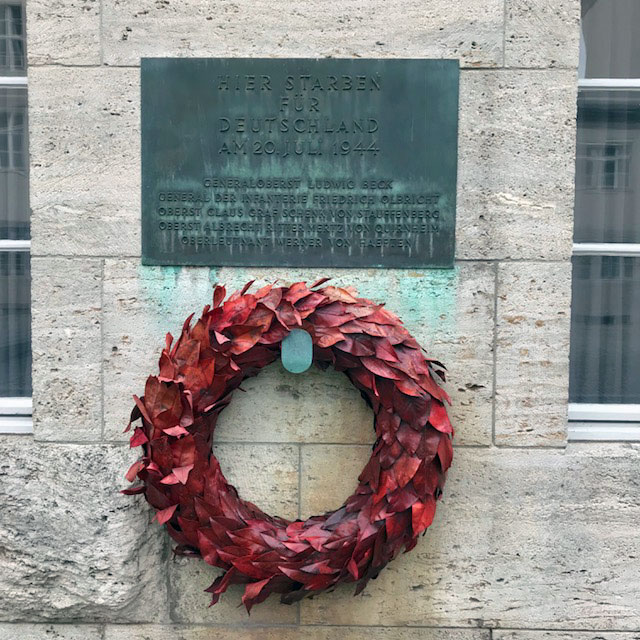 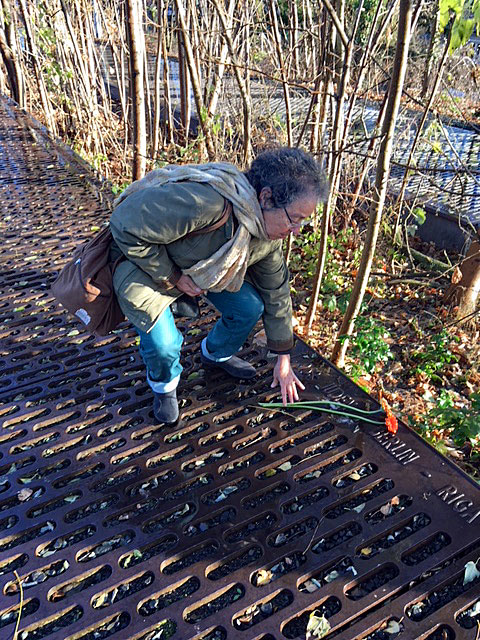 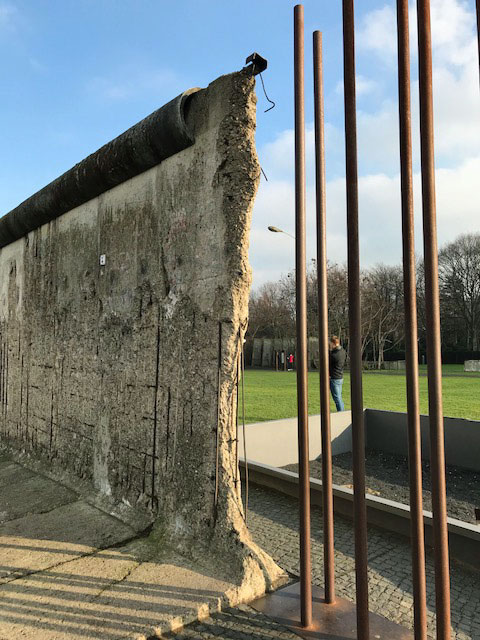 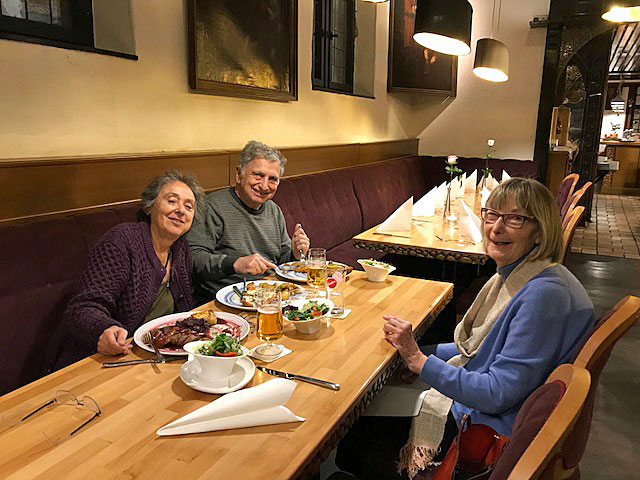 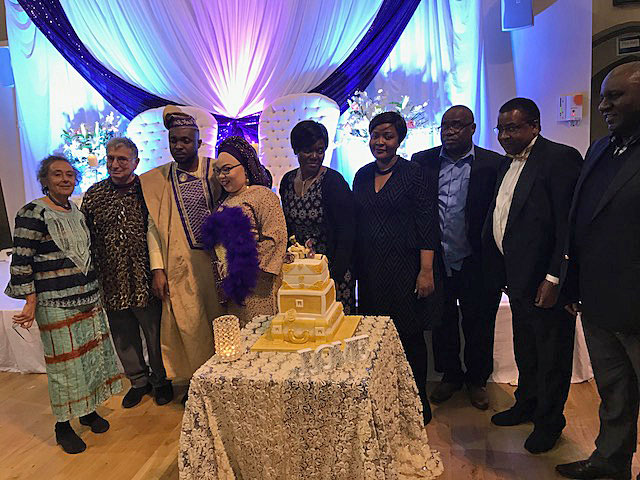 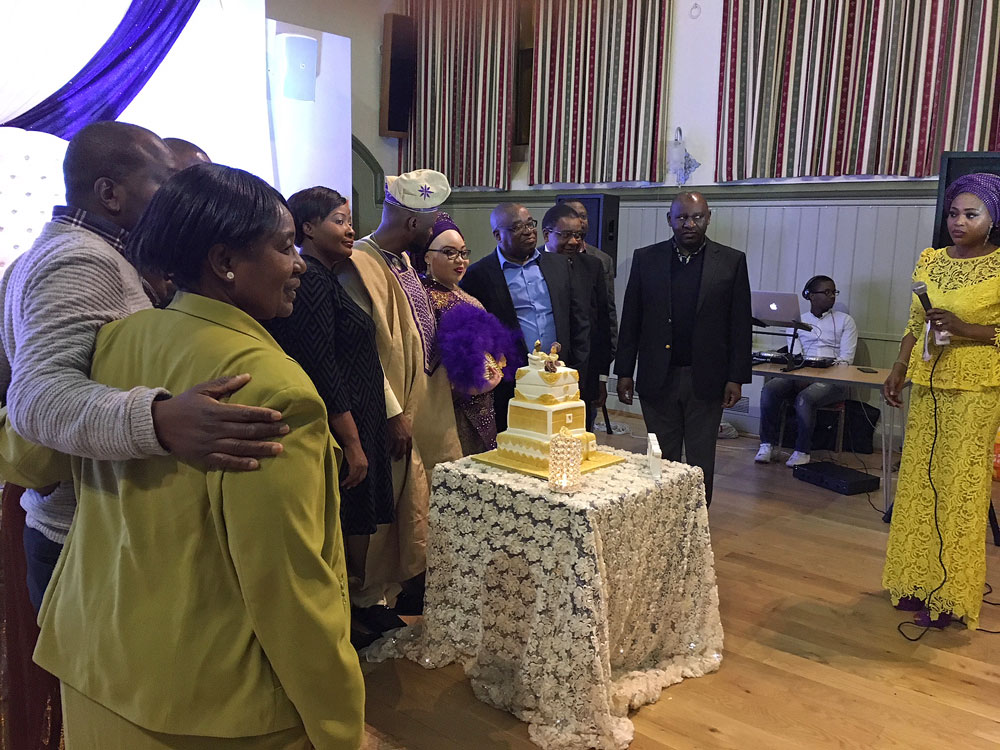 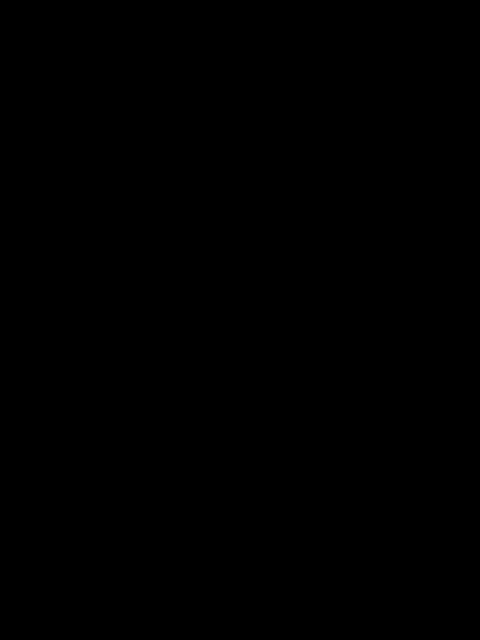